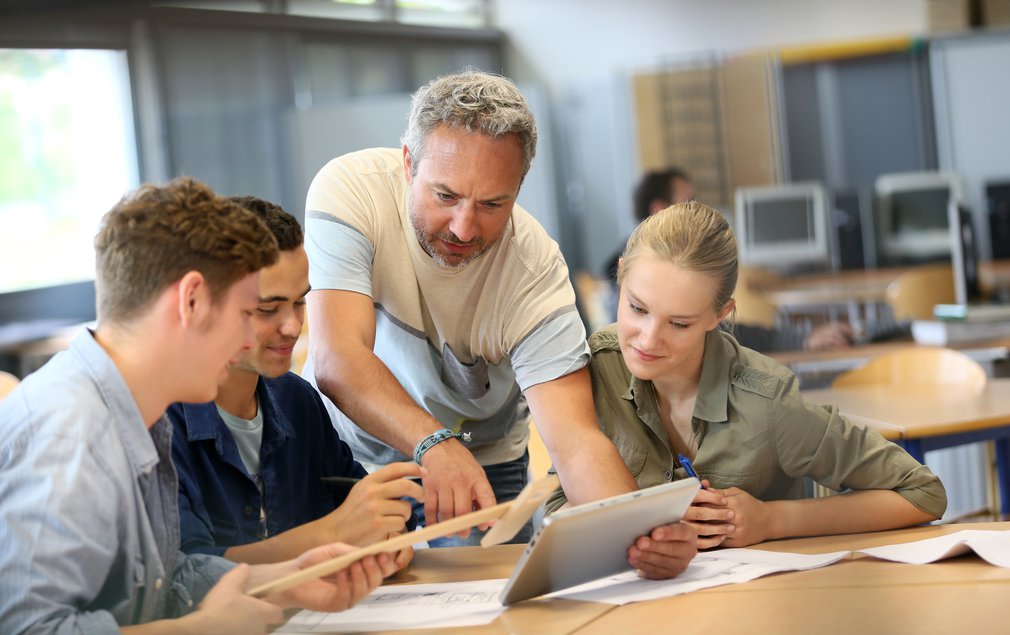 Leipzig, 12 April, 2021. A workshop programme on freedom of the press and diversity of opinion for students and teachers sponsored by Media Foundation of Sparkasse Leipzig in cooperation with the European Institute for Journalism and Communication Research (EIJC) and the media start-up The Buzzard will start on 14 April, 2021 at Oberschule Kitzscher secondary school.

"Once again, the Corona crisis has shown us how important media competence is for our pluralistic society," says Stephan Seeger, Managing Director of Media Foundation and the EIJC: "How reliable are sources? Who spreads certain messages and with what ulterior motives? Whose views should you take a closer look at to form your own opinion? All of these are questions that younger and older people ask themselves. With our pilot project for pupils in Saxony financed by Media Foundation, we want to find a way to prevent the brutalization of language, the spread of disinformation, but also to counteract the often one-sided media consumption among young people," Seeger continues.

After a successful digital teachers' conference at the beginning of the year, the app is now being implemented in the classroom. As the first of three pilot schools, Oberschule Kitzscher secondary school will start using and testing a new learning programme from 14 April on. An app created by The Buzzard is used, which prepares current topics taking into account different sources and opinions. At the pilot schools - Gerda-Taro-Gymnasium in Leipzig and Wiprecht-Gymnasium in Groitzsch in addition to Oberschule Kitzscher - a team from The Buzzard will be offering regular workshops on the subject of media skills and will be testing the use of its app in class in the following months. In addition, all students and all teachers at secondary schools throughout Saxony can use the Buzzard app free of charge. The project is supported by various large educational associations in Saxony, including the Saxon Teachers' Association, the Saxony Education and Science Union and the Parents' Council of Saxony.

Registration for using the Buzzard-App is only possible for pupils and teachers in Saxony.

Kick-off workshop will take place on Wednesday, 14 April at Oberschule Kitzscher (Trageser Straße 40c, 04567 Kitzscher). Journalists are cordially invited. Pre-registration at The Buzzard (dario@thebuzzard.org or +49 1577-9529507) and a negative daily Corona test are required. The exact time will be communicated upon registration. Workshops are held in grades 9 and 10. Journalists can take part in the workshops and, in consultation with students and teachers, can interview them as well as take photos and film recordings.

In democratic societies media is often referred to as "fourth estate". They inform their users about social, political, economic or cultural events and help to form opinions. In order to fulfill these tasks, the media must be free and independent in their reporting. With this in mind, Sparkasse Leipzig founded its Media Foundation in 1999. In addition to supporting the training and further education of media professionals, Media Foundation awards various prizes such as the "Prize for the Freedom and Future of the Media". In addition to the EIJC, the projects initiated by the Foundation also include the European Centre for Press and Media Freedom (ECPMF).

The European Institute for Journalism and Communication Research (EIJC) goes back to the Institute for Practical Journalism and Communication Research (IPJ) founded in 2003 as a joint project of University of Leipzig and Media Foundation of Sparkasse Leipzig with the support of the Savings Bank Insurance Saxony. Its scientific director is Professor Michael Haller. The main research areas of the EIJC include media information structures and communication processes under democratic theory issues. Media competence and quality in journalism are to be promoted with theory-driven empirical studies and practice-oriented projects.

The start-up The Buzzard, which moved its headquarters from Leipzig to Berlin in 2020, relies on a variety of perspectives. In an app, various contributions from different media are curated, journalistically classified and summarized every day. This is intended to give users the opportunity to get to know different perspectives on individual political and social issues. The project is financed exclusively by membership fees. The pilot project in Saxony is also intended to make a contribution to getting young people excited about information diversity.