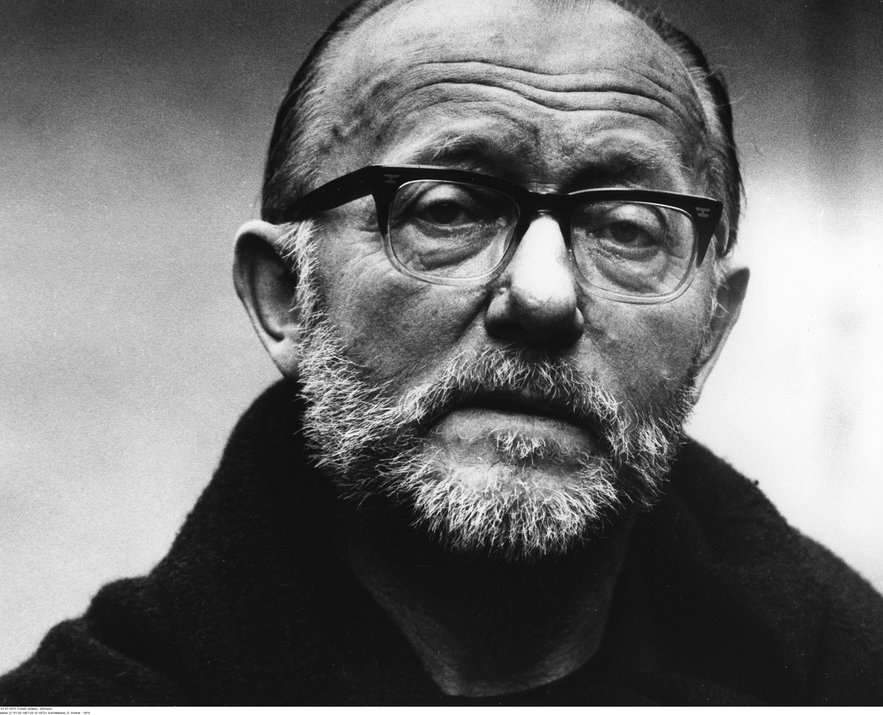 The Media Foundation of Sparkasse Leipzig is committed to the promotion of German radio plays. With its "Günter Eich Prize", the Foundation wants to acknowledge the lifework of authors who have continuously contributed to the diversity of the genre of radio plays with their work.

Günter Eich (1 February 1907 - 20 December 1972) is probably the most important author when it comes to the development of German radio plays. With his plays, literature finds its very own poetic form for and with the radio.

In a simple, often terse prose, Eich created an artistic language, which allows the voices from the speaker as well as scene and character in the wake of an unfolding story to inspire us with new possibilities of imagining reality. The fantasy of the listener, entangled into the action, spans the tangibility of narrated adventures with metaphorical transparency. If a genre is also defined in terms of its masterpieces, then Eich's work, as a prototype of formal possibilities as well as an example of effective specific essence, remains significant until today.

From 1922, Günter Eich spent few, but important years in Leipzig. Here he attended St. Nicholas School, graduated from secondary school and studied for some time. Here he began to write and embarked on the road to the radio play through his first contacts to a broadcaster.