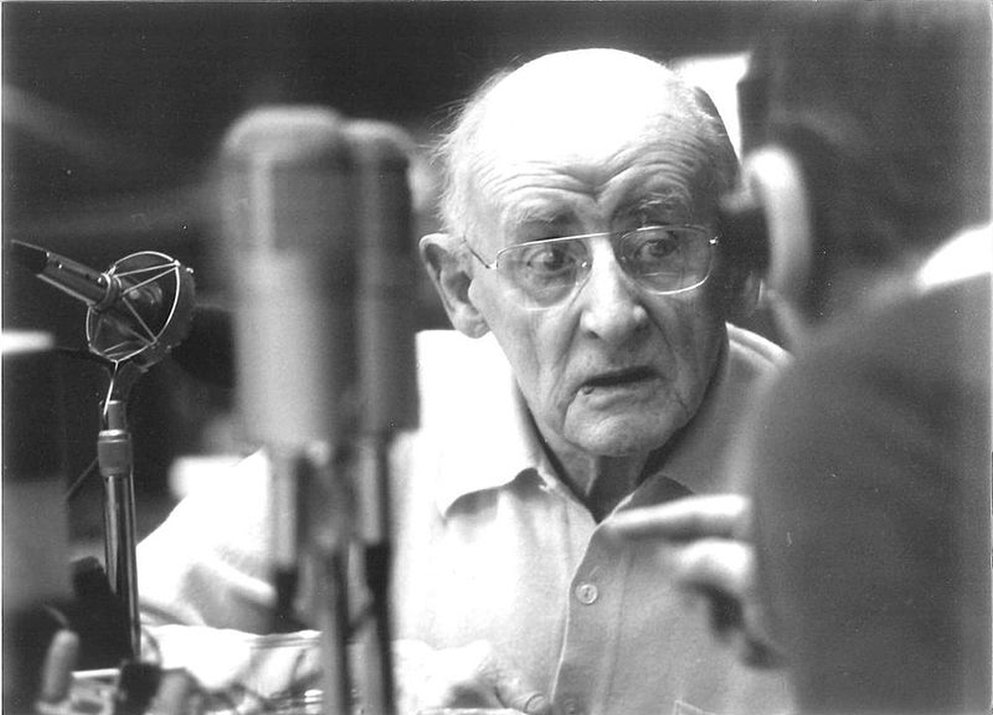 The Media Foundation of Sparkasse Leipzig is committed to promoting the German-language radio features. Donated by the Foundation, the Axel Eggebrecht Prize honours authors (and possibly also other personalities connected to the genre through their work) who have made a special contribution to the genre with a work characterized by high continuity and who set standards for the radio feature in its further development of a polyphonic repertoire of the radio feature.

Together with the Saxons Ernst Schnabel and Peter von Zahn as well as the Bavarian Alfred Andersch, the Leipzig-born writer and journalist Axel Eggebrecht (1899 - 1991) is one of the "four musketeers of the radio feature". He founded the high, radio-aesthetic and journalistic-ethical standard of the art form feature in German radio. Through his works, information, education and entertainment entered into a bond that was able to arouse broad listener interest. As an author with a "lively attitude", whose radiogenic talent was fundamentally committed to the social impact and direction of his programs, he has a pioneering effect beyond his work and life.

Axel Eggebrecht was a post-war radio man from the very beginning, a co-founder of the then emerging public service broadcasting company and a powerful radio publicist, whose voice and style used and expanded the reach and stimuli of radio communication.

With the name of Axel Eggebrecht, this prize, donated by the Media Foundation of Sparkasse Leipzig since 2007, is therefore under a good star.