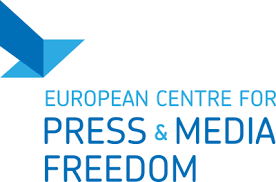 Can Dündar, bearer of the Leipzig Media Award for 2016, is a very warm-hearted man. The hardships he has gone through and still suffers - persecution, attack, imprisonment, separation from his family, exile, death threats - are not immediately apparent. I meet Dündar at the Congress of the International Press Institute in Hamburg. He is presenting there a slide show about the Silivri penal institution. He had been imprisoned there for doing what a journalist must do, writing critical reports about those in power. In his case it was a story on illegal weapons deliveries to the IS by Turkey. Recep Tayyip Erdoğan, the Turkish Presi­dent, publicly announced that Can Dündar, Editor in Chief of the oldest Turkish daily newspaper "Cumhurriyet", would pay a high price for this. That he did. And still does.

Some 160 journalists are currently impris­oned in Turkey - with which the country holds a lamentable global record. Turkey, on the other hand, wants to join the EU, and the discussions are still ongoing. In our view these can only make sense if the Erdoğan government also commits itself to the European Charter for Freedom of the Press.

Hans-Ulrich Jörges, former member of the Stern chief editorial staff, initiated the charter in 2009, and it has been signed by 48 editors-in-chief and senior editors from 19 different countries. The European Commission has accepted the document and has welcomed it. With its ten articles the charter describes the basic political consensus of democratic countries. Much of it sounds self-evident, such as the demand that governments must not be permitted to exercise censorship. But these liberties are not self-evident. They must be defended repeatedly. In Turkey; but also in Poland, Hungary, Macedonia and many other countries. This is the duty of the ECPMF, the European Centre for Press and Media Freedom. It is an alarm centre for free­dom of the press.

The registered address of the ECPMF is Leipzig, the city of the peaceful revolution in 1989. Where else should a centre for press freedom work, if not here? Tens of thousands rose up at that time against the GDR dictatorship. Leipzig was named the "Heldenstadt", or city of heroes, origi­nally an honour conferred by the Soviet government for its military successes against the German Armed Forces; the term "Leipziger Freiheit" [Leipzig Free­dom] is still used today for marketing the city. And fortunately there were and still are businesses here that feel themselves obligated by this legacy. Without the gen­ erous start-up financing and the project development by the Media Foundation of Sparkasse Leipzig the ECPMF would not have survived the first years.

Political support for the foundation came from the then President of the EU Parlia­ment Martin Schulz, its Deputy President Alexander Graf Lambsdorff, Elmar Brok, at that time head of the Foreign Office of the EU Parliament, Leipzig-based mem­ber of the European Parliament Hermann Winkler, and the State Chancellery of Saxony. Furthermore, Jörges and the then Director of the ECPMF Lutz Mükke won a whole series of well-known jour­nalists for the board of management and the supervisory board. Two years later, in January 2017, the formal legal phase of the founding process had finally also been concluded. The ECPMF is now a limited liability European cooperative society (SCE). The lawyer's office CMS Hasche Sigle has thankfully accompa­nied the process pro bono. Members of the cooperative society include individuals and organizations, partners of the institute are important journal­istic societies such as Ossigeno per l'Informazione and Osservatorio Balcani e Caucaso Transeuropa, both in Italy, the South East Europe Media Organisa­tion (SEEMO) in Vienna, the Interna­tional Press Institute (IPI) and Index on Censorship in London. Financially too, the ECPMF has meanwhile a broader footing. The main part of the budget is borne by the EU. But the Free State of Saxony, the City of Leipzig, the Media Foundation of Sparkasse Leipzig and, in a project context, the Foreign Office also participate in the financing.

So. And what now? What does such a centre actually do? Lots of things, which we are very proud of. For example, we financially support journalists who, for threadbare reasons, have been taken to court in their home countries. The ECPMF has so far helped out in eleven such cases. The money provided often made it possible for the accused to engage a capable lawyer. Such activities often give rise to many years of intensive contacts, which help us to assess the situation in the various countries more precisely. And this is also important because, together with partners, we prepare reports in the EU on the media situation from a legal standpoint.

Sometimes, however, it's hardly pos­sible to achieve anything positive locally. That’s when our "Journalists in Residence" program comes to into play. This program is intended for journalists who are under massive pressure in their home coun­tries. They can live for up to six months in Leipzig and receive a scholarship, as well as legal and - if they want - psychological counselling. The program runs largely in secrecy, because a journalist sometimes has to remain incognito and is under police protection. Talking for half-an-hour with a "Journalists in Residence" is normally suffi­cient to realize how unbelievably privileged the situation in Germany is: as a rule one can say and write whatever one wants to.

Or perhaps not. The truth is, the rise of right populism and the unhindered spread of "hate speech" and "fake news" have poisoned entire societies, even German society. Last year 19 journalists were physically attacked, 18 of these in the context of rightist or right-wing extremist events.

Part of the reason for this is the irrespon­sible use of the NS term "Lügenpresse" [published lies], which the followers of Pegida never seem tired of repeating. In this way bogeymen are created, and bogeymen generate rage, which results in violence. Martin Hoffmann, a scholar at the ECPMF with a scholarship from the Media Foundation and the European Institute of Journalism and Communication Research, has investigated this connec­tion in several different studies ("Feindbilder"). This also belongs to our tasks: to shed light on the structures of press freedom. And especially then, when these structures threaten to collapse.

But criticism alone is not enough. The ECPMF also wants to point out solutions. At our conference "Defending the truth in a post-truth era" many journalists and media experts presented tools with which to distinguish fakes from facts. Profes­sor Dirk Voorhoof, an internationally recognized media lawyer, presented his "Manifesto on Fake News", showing the individual actors - journalists, politicians, media consumers and the social media - political opportunities for coming to grips with the phenomenon. We are currently working - for the umpteenth time - on the topic of "whistleblowing". The aim is not to complain that so many whistleblowers are imprisoned. The aim is to promote legislation that protects whistleblowers. This requires precise work and precise expertise. In my view, it is an honour to be able to invest one's efforts in such objectives.

The activities presented here form only a small part of the activities of the ECPMF. With only 6.5 posts we are not exactly large, but loud. Our offices are under the roof of the Villa Ida on the Media Campus of the Media Foundation of Sparkasse Leipzig. In the summer it's hot. But even in winter the working temperature barely drops. This also has something to do with the times we live in. The election of the US president has shown that a manipula­tive campaign that is often simply wrong and based on prejudice can open the way to the Oval Office. And that the so-called leader of the free world has no high regard for a free press whatsoever. That destroys democracy. And helps to enlist the support of many people who want to engage themselves - for a free press. That's how I came to the ECPMF in May 2017. And I haven't regretted it for one second.

Can Dündar was, as already said, the 2016 bearer of the Leipzig Media Award. At that time he said that one had to protect the truth against attacks. The sad truth is that even the teller of the truth must be protected against attacks. That doesn't always work. In front of the Turk­ish court building in which he was to stand trial Dündar was nearly shot dead. His wife thrust herself against the attacker and so prevented the worst from happening. As Dündar recounted at the IPI Conference in Hamburg, the attacker has meanwhile - long since - been set free. He himself is threatened with lifelong imprisonment.

There’s lots to be done, and lots for the ECPMF to do.