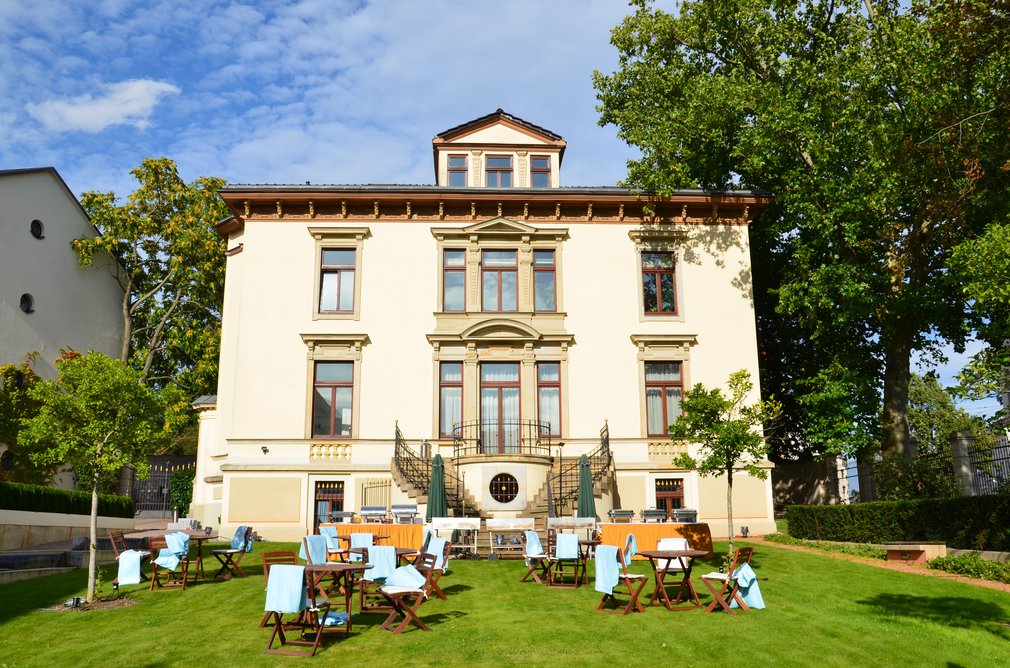 The Media Foundation of Sparkasse Leipzig is located in the “Villa Ida” at Leipzig’s Menckestrasse. Otto Fischer, owner of a printing factory, built the villa in 1883 in a classical style. It is surrounded by a spacious garden and fits perfectly in to Leipzig’s district of Gohlis, typical for its architectonical diversity and rich in cultural and historical highlights. By the way, the house where Friedrich Schiller wrote the famous “Ode to Joy” more than 200 years ago, is just around the corner.

Today an urban district next to the city centre of Leipzig, Gohlis was still a small and peaceful village at the gates of the trade fair cityby the end of the 19th century. Only 500 inhabitants lived in 55 houses. However, Leipzig’s rapid growth following the industrial revolution did not stop at Gohlis and the glorious villas of Leipzig’s high society. In 1890 the suburb was incorporated into Leipzig.

In 1996 the restoration of the building characterized by a mix of styles was honoured with the “Hieronymus-Lotter-Prize for the preservation of historic buildings and monuments”. The Villa has characteristics of the Italian High Renaissance, elements of late Classicism as well as traditional architectonical quotes from the Alpine countries. However, Dr. Wolfgang Hocquél, former head of the department for preservation of historic buildings and monuments at Leipzig’s regional board also detects elements “typical for Leipzig”.