Diversity of perspectives at a glance: This is what the app from the award-winning German start-up The Buzzard offers. Now Saxony's pupils can also work with the app. 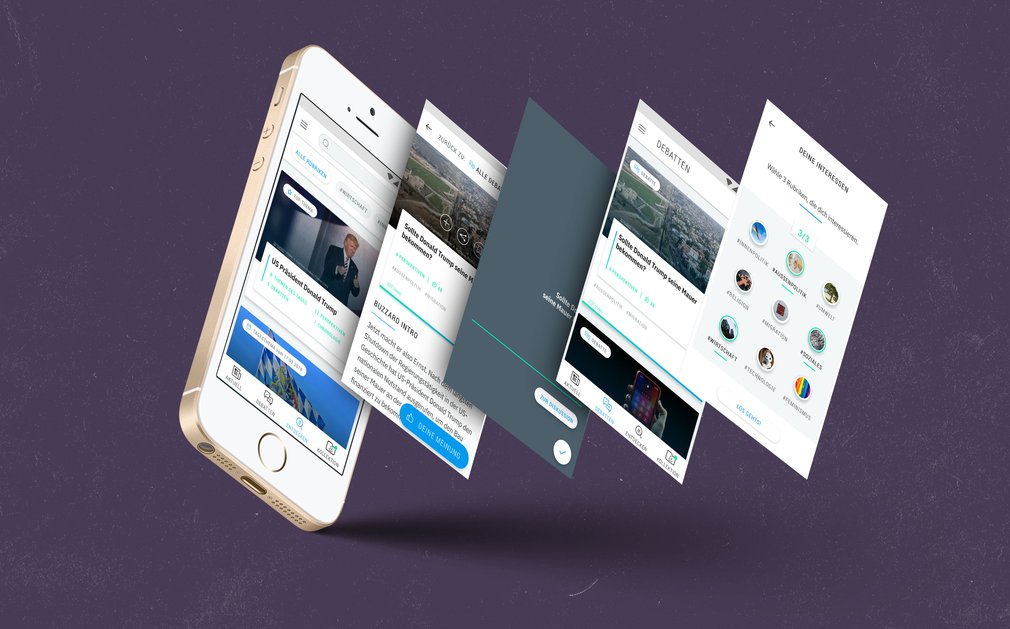 In awareness of the outstanding role media plays in educating people and participating in society, Sparkasse Leipzig founded its non-profit Media Foundation in 1999. The work of Media Foundation is aimed at promoting free expression of opinion wherever possible and constantly highlighting the value of freedom of the press and media for free and democratic societies. This process should not begin with adult media use, but should start as early as possible. Against the background of the current social change, the brutalisation of language and discourse as well as the fact that false and misleading information is widespread, especially among young people, the Media Foundation sees it as its task to develop projects to strengthen media literacy, especially for children and to initiate and support young people, in short: to make a contribution to media education.

Protecting children and young people from disinformation and filter bubbles by making them aware of them, as well as strengthening media skills, is also the goal of our cooperation partner, the journalism start-up The Buzzard. After a three-year test phase, the young company started a specially designed app in May 2020 (the so-called Buzzard app). This creates a platform on which different positions and perspectives from the breadth of the media spectrum are shown. All prepared reports and opinions are checked by Buzzard editors and classified in a journalistic way; they are supposed to counter false information and extremist opinions.

Against this background, Media Foundation initiated the project "Strengthening media competence in Saxon schools" and designed the content with the other cooperation partner, the European Institute for Journalism and Communication Research (EIJC).

Young people are consuming traditional media less and less. Only 8.5 percent of 14-24 year old Germans use newspapers and magazines to find out about politics and society *. Instead, the smartphone is their most important point of access to information (especially social media), but that is where non-transparent algorithms rule.

As part of the project, pupils should now learn to deal independently with and discuss the opinions of those who think differently. They get to know positions outside their filter bubble and are encouraged to question them critically: Who is behind a message? And who writes about a certain topic and why?

The aim of the project of Media Foundation is to open up all pupils at secondary schools in Saxony to critical, diverse media consumption and to animate the young people to objective discourse on current topics. This can be done in school, for example, as part of ethics, social studies, history and German lessons or as a topic in so-called social hours. The young people should learn to understand different argumentation strategies, to obtain differentiated information, to critically question sources and (apparent) arguments and to form their own point of view. There is an additional opportunity for teachers to make lessons interactive and digital and to continuously discuss current topics.

The European Institute for Journalism and Communication Research (EIJC) will intensively support three pilot schools in Saxony with the implementation of the project. The teachers at the pilot schools receive active support in implementing the app in their lessons. You also have the opportunity to actively help shape the project via direct contact with the Buzzard editorial team, to provide feedback and to post your own debates online. The project partners will also evaluate the project together.