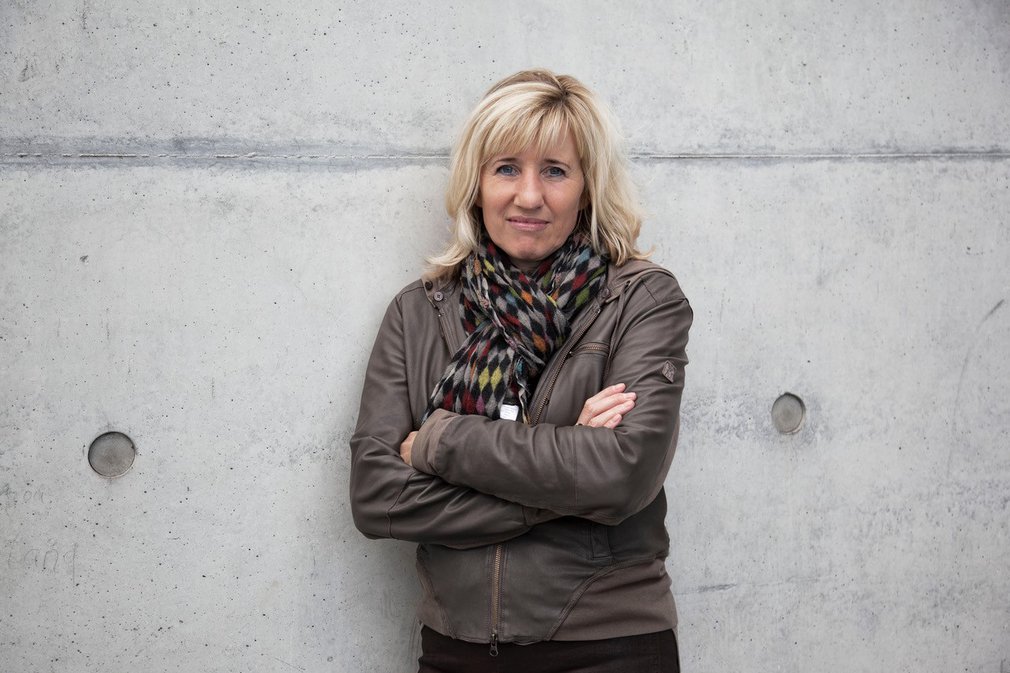 Bring up what is being kept secret

Leipzig, 8 September 2022. Writer and publicist Ines Geipel is awarded the Erich Loest Prize 2023. The prize, created by the Media Foundation of Sparkasse Leipzig in memory of the Leipzig writer and honorary citizen Erich Loest, who died in 2013, is endowed with 10,000 euros and is being awarded for the fourth time. The award ceremony will take place on 24 February 2023, Loest's birthday, at the Media Campus Villa Ida in Leipzig.

“Ines Geipel, an athlete and later dissident of the former GDR, who was first celebrated and later watched by the East German Stasi (State Security), is still one of the most influential voices when it comes to coming to terms with the GDR regime as well as the National Socialist dictatorship,” explains Stephan Seeger, Managing Director of Media Foundation: “As a publicist, she has succeeded in taking personal experience as the starting point for a work that is both relevant and enlightening in both its documentary and its literary parts. As a committed and argumentative voice in the effort to examine the mechanisms of action of dictatorships, she is an award winner that Erich Loest would have liked, and I therefore heartily congratulate the jury on their choice,” Seeger continues.

In its decision, the jury, chaired by Andreas Platthaus, expressly acknowledged not only the current documentary story Schöner Neuer Himmel (Brave New Sky) but also the “diversity of forms” of Geipel's complete journalistic oeuvre, which, in addition to numerous works of his own, which also includes the founding of the Archive of suppressed literature of the GDR and the resulting book series Verschwiegene Bibliothek (Secretive Library). “In all of her works, she developed a style of literary representation that tackles the phenomena with her own terminology and cultural-historical tools,” said the jury: “In her books, Ines Geipel brings up what was suppressed as “inopportune”: individual suffering in the service of an ideology that behaves as idealistic. And she traces the after-effects of this silence to the present day. In keeping with the spirit of its namesake, the Erich Loest Prize goes to a dedicated author who, in the mine of literary reappraisal, deals with the history of the impact of two dictatorial systems.”

Ines Geipel, born in Dresden in 1960, is a writer and Professor of Verse arts at Ernst Busch Academy of Dramatic Arts in Berlin. After studying German in Jena, she fled to West Germany in 1989 and studied philosophy and sociology in Darmstadt. Her first book came out in 1996.

The central theme of her literary work is the German history of violence, both National Socialism and the GDR dictatorship. Her novels Das Heft (The Notebook, 1999), Heimspiel (Home Game, 2005), Tochter des Diktators (Daughter of the Dictator, 2017), her personal essays Generation Mauer. Ein Proträt (Generation Wall. A Portrait, 2015), Umkämpfte Zone. Mein Bruder, der Osten und der Hass (Contested Zone. My Brother, the East and Hate, 2019), Schöner Neuer Himmel. Aus dem Militärlabor des Ostens (Brave New Heaven. From the Military Laboratory of the East, 2022) or their literary reports Verlorene Spiele. Journal eines Dopingprozesses (Lost Games. Journal of a doping trial, 2001), Für heute reicht’s. Amok in Erfurt (That's enough for today. Amok in Erfurt, 2004) and Seelenriss (Teared Soul, 2010), which have often stimulated public debate. Since 2005, she has published the Verschwiegene Bibliothek (Secretive Library), a ten-volume edition of authors and texts that were not allowed to be published in the GDR together with Joachim Walther.

Geipel has received several awards for her works, but also for her social commitment, such as the Bundesverdienstkreuz am Bande (German Federal Cross of Merit on Ribbon) in 2011, the Lessing Prize for Criticism in 2020 and the Marieluise Fleißer Prize in 2021.

Every two years the Prize is awarded in memory of writer Erich Loest by the Media Foundation of the Sparkasse Leipzig. The award is endowed with 10,000 euros. Erich Loest was really close to the Foundations of the Sparkasse Leipzig. He was a founding member of the Media Foundation and a patron of The Culture and Environment Foundation, to which he left his literary estate. The Award acknowledges authors, who not only describe social and political conditions, but shape democratic discourse in Germany and mostly are located in the Central German region. Previous award winners are Guntram Vesper (2017), Hans Joachim Schädlich (2019) and Ulrike Almut Sandig (2021).