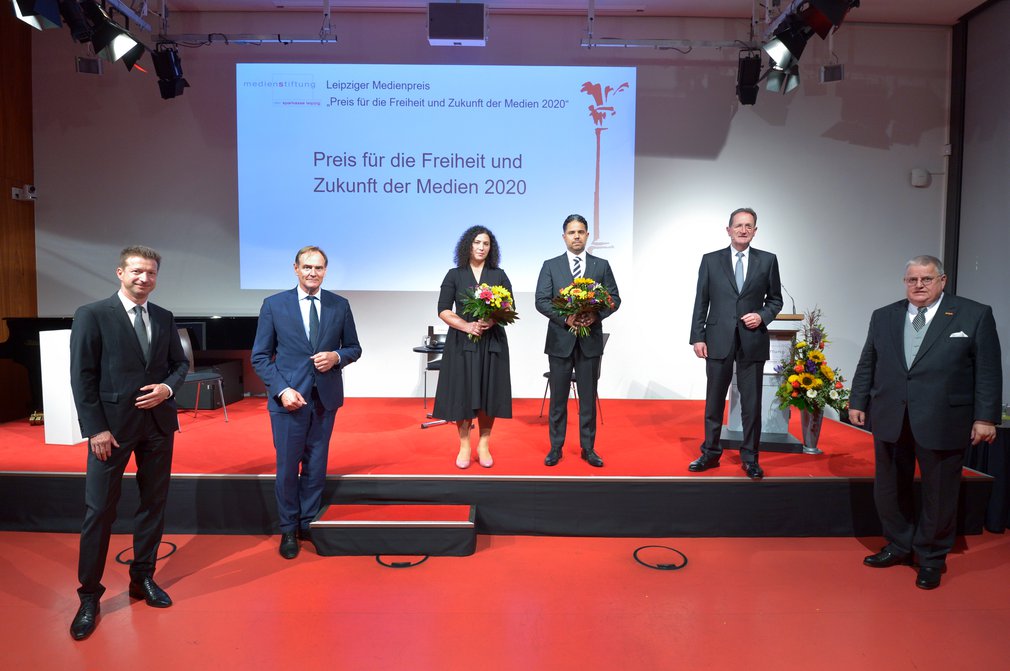 Laureate Benjamin Best was able to receive the award in person in Leipzig. Since laureate Khadija Ismayilova was banned from leaving her country, her colleague and compatriot Leyla Mustafayeva accepted the award in representation of her. 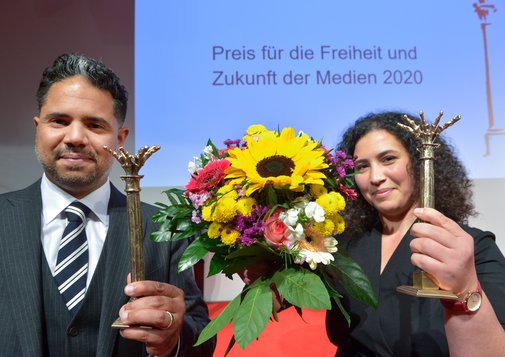 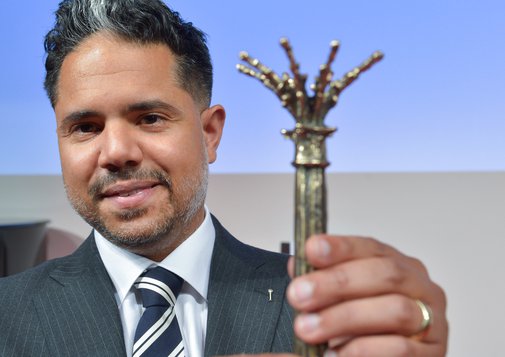 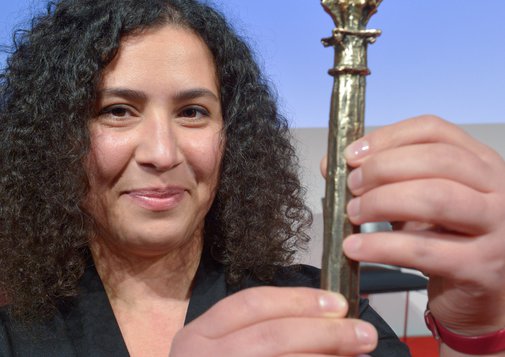 "You can make the world a better place through journalism"

Leipzig, 8 October 2020. On 8 October 2020, the Prize for the Freedom and Future of the Media 2020 of Media Foundation of Sparkasse Leipzig was awarded to the Azerbaijani investigative journalist Khadija Ismayilova and the German author and journalist Benjamin Best. The laureates received a prize money of 10,000 euros each. In view of the current pandemic situation, the 20th award ceremony took place on a smaller scale than in previous years.

During the award ceremony, Burkhard Jung, Chairman of the Foundation Council of Media Foundation and Lord Mayor of the City of Leipzig, said in view of attacks on freedom of the press and the media: "We are well advised to clearly and clearly state things worthy of criticism and at the same time to acknowledge the values of freedom and democracy and human rights."

On the occasion of the 20th award of the Prize for the Freedom and Future of the Media, Dr. Harald Langenfeld, Chairman of the Board of Media Foundation and of Sparkasse Leipzig, reminded the laureates of the past two decades: "If you accept personal disadvantages, physical threats or threats to life and limb to live up to your journalistic mandate, your basic mandate to stand up for freedom of the press and the media, you need an extraordinary personality. At the same time, the circumstances under which our laureates have to work are sometimes very shocking."

The Azerbaijani journalist Khadija Ismayilova, who was not allowed to leave her home country to attend the award ceremony, conveyed her thanks by video message: "It is very gratifying when journalists and defenders of the freedom of speech not only get into trouble because of their work, but also receive awards." She recalled the armed conflict that is currently being waged between Azerbaijan and Armenia over the Nagorno-Karabakh area: "In these tragic moments when civilians die on both sides, there is also hope that the rule of law and peace may come to the region and refugees can go back home.” She announced that she wanted to donate her prize money to the first independent media organization that would be formed in the crisis region.

A recording of the award ceremony is available on the website of Media Foundation of Sparkasse Leipzig at: www.leipziger-medienstiftung.de (only in German).

About the Leipzig Prize for the Freedom and Future of the Media:

Since 2001, Media Foundation of the Sparkasse Leipzig has been honouring journalists, publishers and institutions who are committed to the freedom and future of the media with great personal commitment. The prize is also intended to keep alive memories of the Peaceful Revolution in Leipzig on 9 October 1989: At that time, the demonstrators demanded "a free press for a free country".