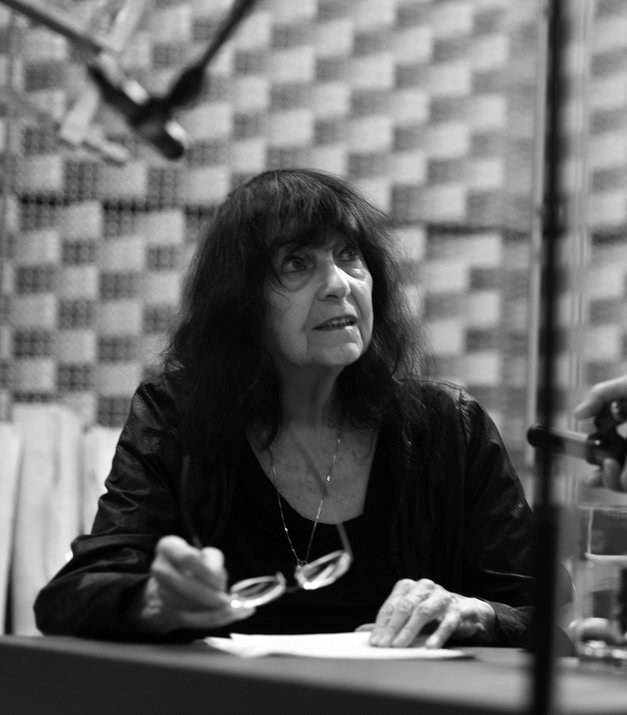 "Her powerful and poetic language will be missed"

On the death of Günter Eich Prize laureate Friederike Mayröcker.

Media Foundation of Sparkasse Leipzig mourns the death of Friederike Mayröcker, laureate of the Günter Eich Prize, who died on 4 June, 2021 at the age of 96: "Friederike Mayröcker was one of the most renowned and innovative writers in German language," said Stephan Seeger, Director Foundations of Sparkasse Leipzig and Managing Director of Media Foundation: "Her death means a great loss for the German-speaking literary world. Her voice, her powerful poetic language will be missed."

In 2017, Friederike Mayröcker (born in 1924) received the Günter Eich Prize from the Sparkasse Leipzig Media Foundation, which honours the life’s work of German-speaking radio play authors. She entered the world of the radio play together with Ernst Jandl and her play "Fünf Mann Menschen" ("Five men humans"), which was created for the SWF (South West German broadcasting) in 1968 - a nearly fifteen-minute play that helped the so-called new radio play to achieve its breakthrough in Germany. In the years that followed, several more radio plays were created in collaboration with Ernst Jandl, but soon independent works were also created, which she often interpreted herself vocally, with directors such as Heinz von Cramer, Klaus Schöning, Ulrich Gerhardt or Götz Fritsch and compositions by e.g. Gerhard Rühm, Mauricio Kagel and Pierre Henry. The jury, chaired by Wolfgang Schiffer (former radio play director of WDR (West German broadcasting)), paid tribute to Mayröcker's services to the genre: "With pieces like 'Die Umarmung nach Picasso' ('The Embrace after Picasso'), hearing learned to see from her. Singing has long since been mastered in the unique work of Friederike Mayröcker."