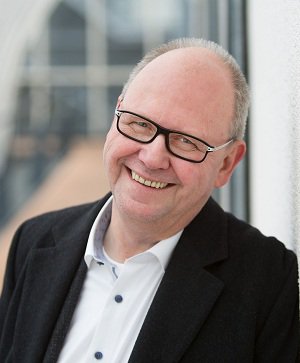 "Explosion in the acoustic"

Leipzig, 13 January 2021. The Axel Eggebrecht Prize of Media Foundation of Sparkasse Leipzig will be awarded to the author and journalist Dr Walter Filz. This was decided by the jury chaired by Ulrike Toma, head of the radio art department at NDR. The prize honours a life's work in the field of radio features and is endowed with 10,000 euros.

Stephan Seeger, Managing Director of Media Foundation and Director of Foundations of Sparkasse Leipzig, pays tribute to the award winner: "For three decades, Dr Walter Filz has enriched German radio culture with a multi-layered oeuvre ranging from short reports and radio plays to the supreme journalistic discipline, the feature, The in-depth analyzes of contemporary phenomena, which he regularly succeeds in here, are highly worthy of an award. I congratulate the award winner on the award and the jury on their decision." The award ceremony will take place in Leipzig in summer 2021 - then for the first time together with the award of the Günter Eich Prize of the Media Foundation, which stands for a lifetime achievement in the field of radio play. In 2021, the Günter Eich Prize will be awarded to Paul Plamper. The exact date will be announced well in advance. The form and procedure of the award ceremony will be based on the then current regulations to contain the Corona epidemic.

The jury of the Axel Eggebrecht Prize stated: "Walter Filz's feature skills, which he has proven as a freelance author, are unique, his powers of observation, his blasphemous pleasure are also - as well as his art of making Pop out of knowledge or a feature out of Pop. With Filz, the show becomes a mix of time travel and party talk. What apparently starts as a lesson ends as a dance hit with that certain something. To explore the thesis based on it in a delicate and pompous, profound and roaring comic way, Filz takes the thought to its limit - until the thesis explodes in the acoustic by the means of the radio."

Dr Walter Filz (born 1959) studied German literature, philosophy and art history in Cologne and Zurich and received his doctorate in 1988 with a thesis on fairy tale motifs in contemporary literature. Filz has been working as an author, critic and cultural journalist, primarily for radio, since 1983. Since 1989 he has been an author and director - later also a producer - of radio features, and since 1996 of radio plays, which mostly work with documentary material. Between 1995 and 2004 he also worked for television.

Walter Filz has been working as an independent writer producer since 1997. In 2005 he took over the management of the literature and feature editorial team at SWR in Baden-Baden, and after a restructuring since 2017, the radio play and feature editorial team. As an editor, he continues to write and produce features and radio plays. In addition, the Cologne native deals with the complex socio- and psychopathological upheavals of his hometown in book publications, about which he wrote two books: "The monkey in Cologne" and "There is still Kangaroo tail soup left".

Walter Filz's work has won several awards: For example, his feature "On the aestheticization of cat food in the late 20th century" was awarded the Prix Futura 1991, while his radio play "Pitcher" won the Radio Play Prize of the War Blind 2000: His feature "To get and to have - eBay. Or: how wild is the exchange of goods" was awarded the Ernst Schneider Prize in 2006.

The Axel Eggebrecht Prize, which is awarded in memory of the radio feature pioneer of the same name, does not honour an individual program, but rather an extraordinary overall work in the field of German-language radio features. Previous laureates have been: Helmut Kopetzky (2008), Richard Goll and Alfred Treiber (2010), Friedrich Schütze-Quest (2012), Paul Kohl (2014), Margot Overath (2016) and Alfred Koch (2018). In 2021, the prize will be awarded for the first time in parallel with the Günter Eich Prize for outstanding radio play authors.