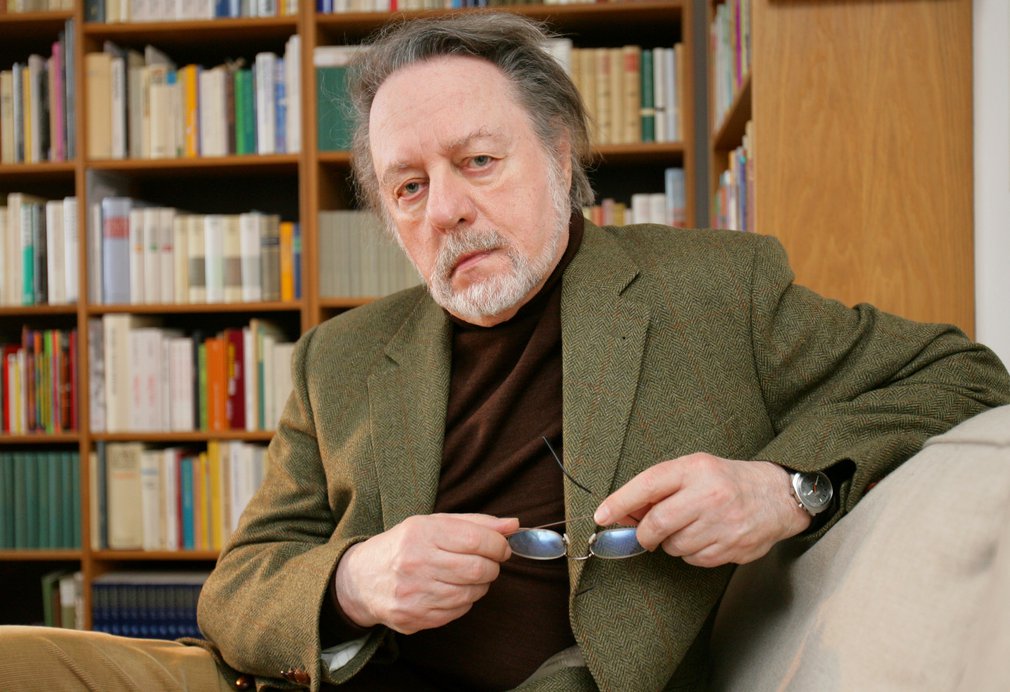 "A virtuoso of language" has passed away

Leipzig, 18 February 2020. Media Foundation of Sparkasse Leipzig mourns the dead of its Günter Eich Prize laureate Ror Wolf, who died yesterday evening at the age of 87: "Ror Wolf has created a radio art work that over the decades has continuously renewed and sustainably enriched the repertoire of the German-language radio play, "said Stephan Seeger, Managing Director of Media Foundation and Director of the Sparkasse Leipzig Foundations.

Ror Wolf, born Richard Wolf on 29 June 1932 in Saalfeld, Thuringia, was as much a specialist as he was a universalist who was not limited to an artistic discipline: he wrote literature, collaged pictures, and wrote and assembled radio plays. Ror Wolf became legendary through his ten football collages that were created between 1972 and 1979. In 1988 he was awarded the "Radio Play Prize of the War Blind" for his radio play biography "Life and Death of Cornetist Bix Beiderbecke from North America" "selected. In 2015, the Günter Eich Prize of the Media Foundation of Sparkasse Leipzig followed for his life's work as a radio play author.

"As a radio play author, as a collagist of sounds and images, as a poet of ballads, murders and playing with the genres of literature, he was one of the great ones. His death leaves a gap; we can only hope that his work will be remembered" said Wolfgang Schiffer, chairman of the Günter Eich Prize jury.