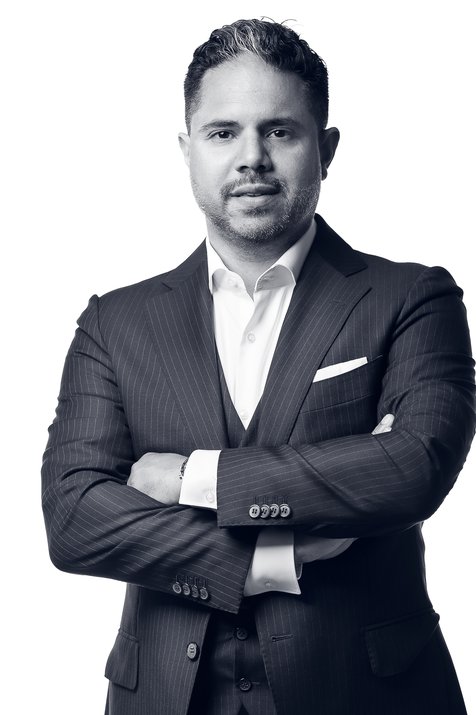 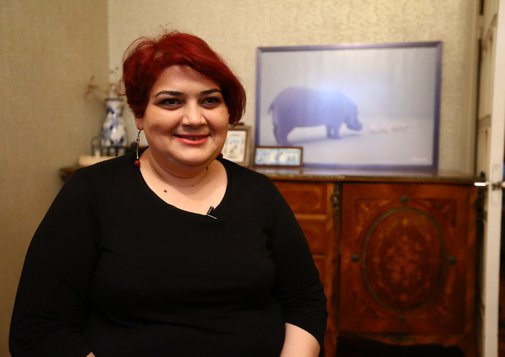 To go where it hurts

Leipzig, 25 June 2020. Azerbaijani investigative journalist Khadija Ismayilova and German journalist and filmmaker Benjamin Best are awarded this year's "Prize for Freedom and Future of the Media" of the Media Foundation of Sparkasse Leipzig. The prize money is 10,000 euros each. The prize is awarded to media professionals who strive for media freedom and independent reporting in a particularly outstanding manner and often at risk for their own well-being.

"For years, Azerbaijan has been one of the countries where freedom of the press is at greatest risk. Under these conditions, Khadija Ismayilova works as an internationally known and influential investigative journalist. Corruption and nepotism in her home country are her subjects, which is why she is exposed to numerous hostilities. As one of the complainants before the German Federal Constitutional Court against the interception practice of the Federal Intelligence Service abroad, she recently showed that we in Germany too can make our contributions to press freedom worldwide. That is why she is receiving our Prize for the Freedom and Future of the Media this year", said Stephan Seeger, Managing Director of Media Foundation on the jury's decision.

"Benjamin Best is one of the outstanding protagonists in German sports journalism, whose work radiates worldwide. With both economic and sporting expertise, he conscientiously and deeply looks behind the glittering backdrops of the global sports world, for example on the subject of betting fraud and human rights violations in the context of major sporting events. In the language of a sports reporter one might say: Best goes to where it hurts. This makes him extremely worthy of our prize", Seeger continues.

The "Prize for Freedom and Future of the Media" is usually awarded on 8 October in Leipzig - on the eve of the anniversary of the demonstrations against the GDR regime on 9 October 1989, which are not only decisive for Leipzig. It will be announced in good time in which kind and form this year’s award ceremony will take place.

Khadija Ismayilova (born in 1976) studied philology and initially worked for a number of local and foreign media in Azerbaijan. Until 2017, she worked as a radio presenter for the Azerbaijani service of Radio Free Europe (RFE), which office in Baku was closed in 2015. Since 2017, she is a regional editor of the journalists’ network Organized Crime and Corruption Reporting Project. For more than a decade, Ismayilova has been working primarily on the corruption and nepotism of the Aliyev clan ruling in Azerbaijan, such as the ownership of the minor daughter of the airline Azerbaijan Airlines. At least since 2012, the regime has tried different methods to silence Ismayilova: new laws, dirty campaigns, arrests, and court cases. In 2014, the head of the Presidential Administration cited Ismayilova as "the best example of journalists working against the government". In September 2015, Ismayilova was finally sentenced to seven and a half years in prison for "tax evasion and abuse of power". After international criticism, she was released in 2016 and her sentence changed to probation in three and a half years. Ismayilova continues to be harassed: an exit ban was imposed on her in 2017, which is still valid. This prevented, among other things, the acceptance of the "Right Livelihood Award" (Alternative Nobel Prize), which she received in 2017.

Together with other foreign journalists, Ismayilova lodged a complaint with the German Federal Constitutional Court against the practice of telecommunications intelligence abroad by the Federal Intelligence Service. On 19 May 2020, the court ruled that the statutory regulation on "strategic surveillance" of telecommunications and, in addition, the disclosure of information obtained to domestic and foreign services does not comply with the German Basic Law and must be revised.

Benjamin Best (born 1976) is a German journalist, film director and author. He studied law, English and sports science at the Humboldt University in Berlin until 2003, and then sports journalism at the German Sport University in Cologne. Since 2005, he has mainly worked for WDR broadcasting as a freelance journalist, especially for the television program WDR Sport inside and Sportschau (ARD). He has been involved in betting manipulation in sports since 2007, and in 2011, he was awarded the "CNN Journalist of the Year" for the report “Goal, Victory, Fraud - Betting manipulations in sports". In 2013, he published his non-fiction book "Bought Football - Manipulated Games and Cheated Fans". With "Dirty Games" Benjamin Best presented a documentary film for cinema on human rights violations in the context of major sporting events, in particular the 2014 World Cup in Brazil and 2022 in Qatar. "Dirty Games" was awarded "Best Director" and "Best Foreign Film" at the Hollywood International Independent Documentary Awards and the "Silver World Medal" of the New York Festival 2016.

Best continues to concern himself with the problematic working and living situation of migrant workers at the construction sites of the World Cup stadiums in Qatar: in 2019, he published his new documentary "Trapped in Qatar". For the end of 2020, Best has already announced another report on the topic. For "Trapped in Qatar", Benjamin Best was awarded the "Georg von Holtzbrinck Award for Business Journalism" and was appointed the "Sports Journalist of the Year" by German Medium Magazin in 2019: Bests contribution was "without a doubt the best research in sports in 2019".

About the Prize for the Freedom and Future of the Media:

Since 2001, the Media Foundation of Sparkasse Leipzig honours journalists, publishers and institutions with a personal commitment to the freedom and future of the media with its "Prize for the Freedom and Future of the Media". The award is also intended to keep alive the memory of the Peaceful Revolution in Leipzig on 9 October 1989: at that time the East German demonstrators called out for "a free press for a free country".

About the Prize for the Freedom and Future of the Media

About the current laureates

About the Prize jury

About the Prize regulations