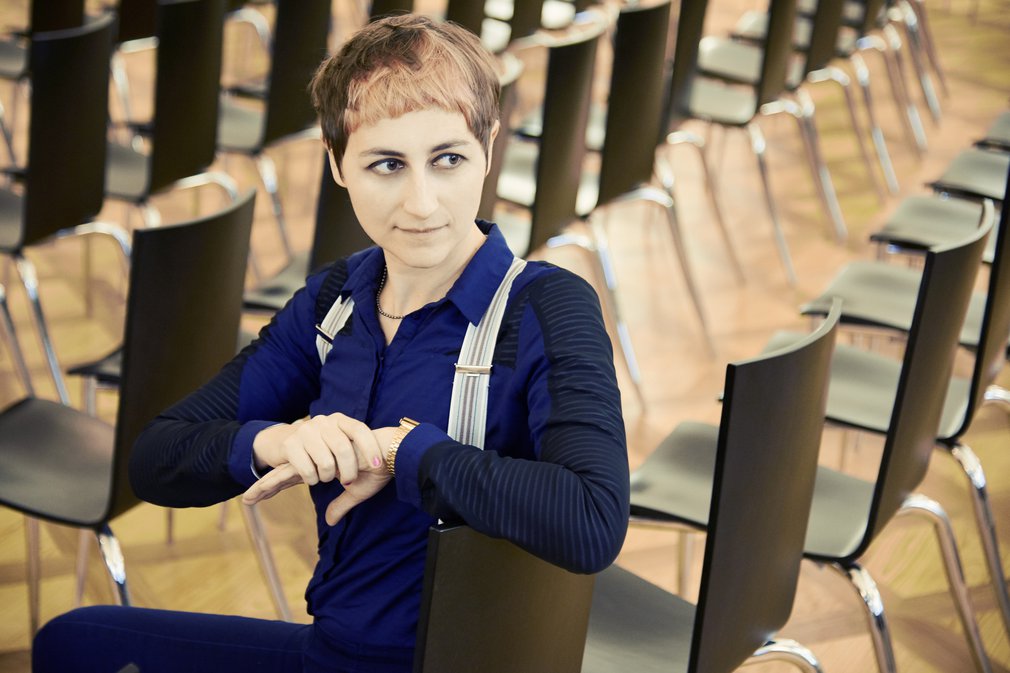 Award for a "sensetive, poetic language"

Leipzig, 3 December 2020. The author Ulrike Almut Sandig has been awarded the Erich-Loest Prize 2021. The Erich Loest Prize was founded by the Media Foundation of Sparkasse Leipzig in memory of the Leipzig autor and honorary citizen Erich Loest. The prize is assigned to 10.000 Euros and is going to be given for the third time now. The award ceremony takes place on 24 February 2021, the birthday of Loest, at Media Campus Villa Ida in Leipzig. The eulogy will be held by Adreas Montag, Head of Department Culture of Mitteldeutsche Zeitung newspaper.

Stephan Seeger, Executive Director of Media Foundation aknowledges the decision of the jury and the award winner: "Ulrike Almut Sandig did not only prove her name through lyric - she also published her first novel, in wich she takes a topic concealed by many people. The confrontation with violence, loss and withhold connects Ulrike Almut Sandig with Erich Loest, the namesake of our prize and the unvorgotten friend and sponsor oft our Foundation. I congratualte the jury to this exellent choice."

"With 'Monster wie wir' ('Monsters like us') Ulrike Almut Sandig has published a fundimental, literary demanding confrontation with the explosive topic of sexual assault in the own family", said the jury. "But Ulrike Almut Sandig does not get the prize for her meanigfull Novel-debut only, but also for her mostly lyrical embossed work", Hartwig Hochstein, head oft he jury and former editor in chief of the Leipziger Volkszeitung newspaper, explained.

Every two years the Erich Loest Prize is awarded by Media Foundation of Sparkasse Leipzig in memory of Leipzig author Erich Loest. The prize is endowed with 10.000 Euros. Erich Loest was close friend of the Foundations of the Sparkasse Leipzig. He was a founding member of Media Foundation and a paton oft he Culture and Enviorment Foundation Leipzig, to wich he gave his literary estate. The Prize aknowledges authors, who not only describe social and political conditions, but also shape the democratic discourse in Germany. The award winners should preferably have a Central German background. Previous award winners are Guntram Vesper (2017) and Hans Joachim Schädlich (2019).