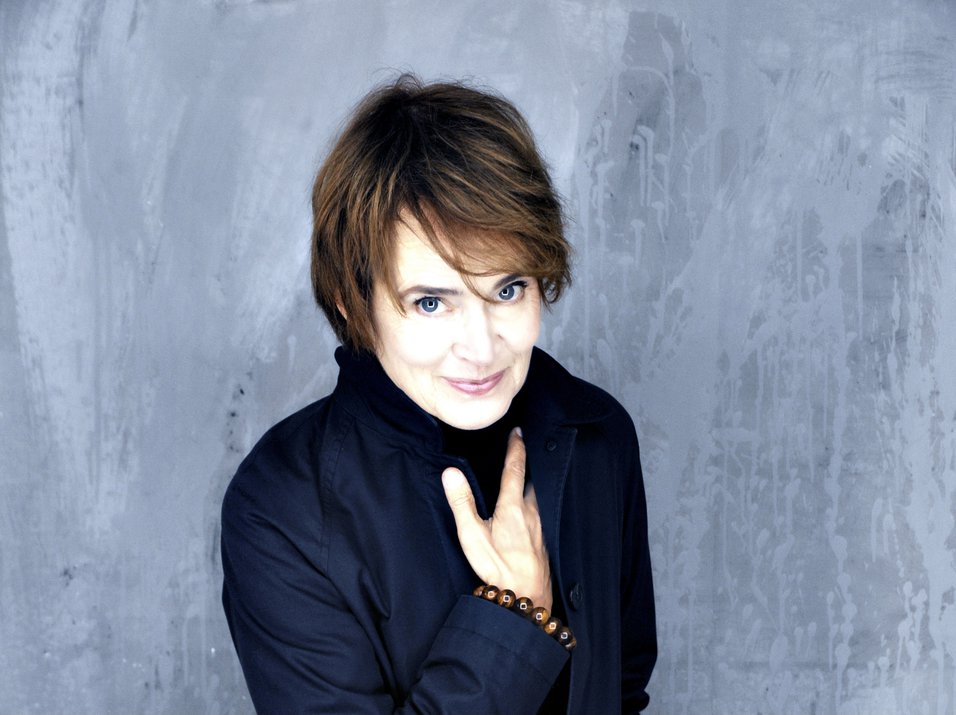 Leipzig, 10 May, 2022. This year, the Günter Eich Prize 2022 of Media Foundation of Sparkasse Leipzig goes to the composer, pianist and radio play maker Ulrike Haage. This was decided by the jury chaired by Thomas Fritz, long-time radio play dramaturge at MDR public broadcasting. The prize is awarded to authors who have made special contributions to German-language radio plays and is endowed with 10,000 euros. The award ceremony will take place on 16 June, 2022 at the Foundation's own Media Campus Villa Ida in Leipzig. The Günter Eich Prize will be awarded jointly with the Axel Eggebrecht Prize for the German radio feature, which this year will be awarded to the author and producer Lorenz Rollhäuser.

"For many years, Ulrike Haage has been writing, directing and composing radio plays, that impressively advance the medium of radio and constantly question and productively challenge our listening habits," says Stephan Seeger, Managing Director of Media Foundation: "Haage's works are unmistakable in their handwriting and have long since established their own position in the landscape of German-speaking radio play. They reach a large audience that would otherwise have been closed to the positions of a literary and artistic avant-garde. I would like to thank the jury for their excellent choice and congratulate the future laureate from the bottom of my heart."

The jury, which, in addition to jury chairman Thomas Fritz, also included Diemut Roehter (specialist editor for media topics at epd medien news agency) and Wolfgang Schiffer (long-standing head of radio plays, radio features and literature at WDR public broadcasting), justified their choice of the laureate: "By using her versatile gifts and interests, she creates radio plays, which again and again prove to be a fruitful medium in her search for the female element in the arts and in our ways of life. Ulrike Haage thus becomes a pioneering radio play author whose extensive life's work will now be honoured with the award of the 'Günter Eich Prize 2022 '.”

Ulrike Haage (born 1957 in Kassel) has been involved with radio plays for more than 25 years - as a composer, director, scriptwriter and producer. After studying at the University of Music and Performing Arts in Hamburg, Haage taught orchestral conducting and improvisation there for several years. She became known to a broad public as a musician when she joined the band "Rainbirds".

Since 1994, Ulrike Haage has been producing radio plays for various German public broadcasting stations such as BR, Deutschlandradio, SWR and HR. Her most successful works include "With our way of life, it is very pleasant to be invited to a party well in advance" (1999), "Fasten a thing" (2003) and the two radio plays broadcasted in 2020: "Language, my star. Hearing Hölderlin," about the late work of the German poet Friedrich Hölderlin and "Hyperbolic bodies" about the two mathematicians Sofia Kovalevskaja and Maryam Mirzakhani.

The medium of film is increasingly becoming part of Ulrike Haage's work. For example, she provided the compositions for the documentaries "Common bleak", "Meret Oppenheim. A surrealist on her own paths" and "Sea Part" by Volker Koepp, for the documentary "Berlin 1945 - Diary of a big city" by Volker Heise (broadcast in 2020), and for Doris Dörrie's highly acclaimed feature film "Greetings from Fukushima".

Haage has received awards for her work, including the "Hörspielpreis der Kriegsblinden", the "Albert-Mangelsdorff-Prize" (German Jazz Prize), the "Special Music Prize of the Nordic Film Days" and the "Gema Music Author Prize".