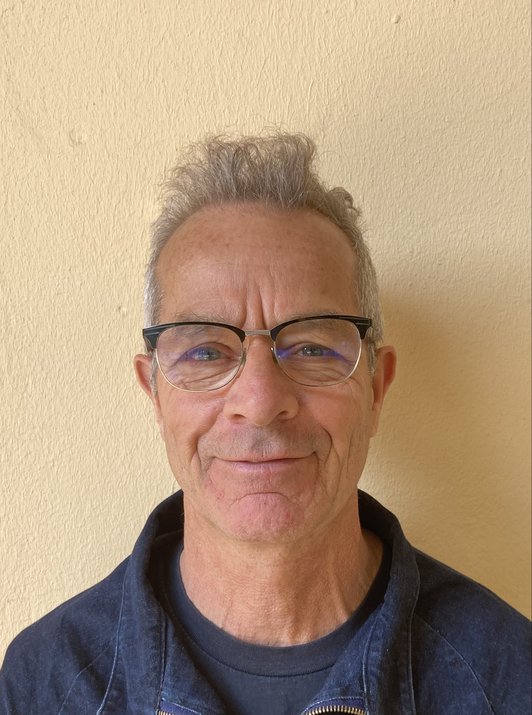 "Self-critical and humorous, sensitive and knowledgeable"

Leipzig, 10 May, 2022. Feature author and producer Lorenz Rollhäuser will be awarded the Axel Eggebrecht Prize 2022 of Media Foundation of Sparkasse Leipzig. This was decided by the jury chaired by Ulrike Toma from the radio art department of NDR public broadcasting. The prize honours a life's work in the field of German radio features and is endowed with 10,000 euros. The award ceremony will take place on 16 June, 2022 at the Foundation's own Media Campus Villa Ida in Leipzig. The prize will be awarded jointly with the Günter Eich Prize for a life's work in the field of German radio play, which will be awarded to the radio play author Ulrike Haage.

Stephan Seeger, Managing Director of Media Foundation and Director of the Sparkasse Leipzig’s Foundations, praised the laureate: "Lorenz Rollhäuser's features are characterized by their own, very sensitive tone and a close proximity to the protagonists. The strong quotes speak for themselves, tell their own story and do not need any explanations, pictures emerge by themselves - and this since more than thirty years. The award with our Axel Eggebrecht Prize is therefore more than deserved. I congratulate the laureate and the jury on their decision."

The jury, which, in addition to the jury chairwoman Ulrike Toma, also included Elisabeth Stratka (head of the Feature & Feuilleton department at Radio Ö1 of the ORF public broadcasting) and Wolfgang Schiffer (long-time head of radio plays, radio features and literature at WDR public broadcasting), justified its choice of Rollhäuser as follows: "In a self-critical and humorous as well as sensitive and knowledgeable manner, Lorenz Rollhäuser encounters the topics and people who tell of social injustice, drug abuse or generational conflicts. From his special perspective, common topics become compelling stories - real, fresh, full life. And he means well with the people he approaches in every situation and lets them talk. As long as you can manage somehow, the girl in a feature on cannabis says, you can smoke weed. 'Okay, you get addicted', she then qualifies. That's how you feel when you listen to Lorenz Rollhäuser's features. You will become addicted. Each feature is special and unfolds its magic from the very beginning."

Born in Marburg on Lahn in 1953, Lorenz Rollhäuser studied educational sciences in Münster. In the 1980s he ran a café in Hamburg. Since the 1990s, Rollhäuser has worked primarily as a feature and radio play author and producer for German public broadcasting ARD and Deutschlandfunk, and has traveled to numerous different countries in Africa and Latin America as well as to China and the United States for his work.

Rollhäuser's feature work covers a wide range: from sensitive portraits ("Aunt Friedel") to socially relevant topics such as migration ("Frontera - People and Walls on the Mexico-USA border") or colonialism ("House of the White Gentlemen" about the newly errected Humboldt Forum in Berlin) to investigative political research ("Painkillers - The opiate crisis in the USA" or "Out of control - Doping in football").

Rollhäuser's features have received numerous awards, such as the Prix Europa 2008 for "Mother's Shadow - Cleaning out the parents' house", a feature that paradigmatically shows how German post-war bourgeoisie is followed by a generation that rejects its values. The result is tension and ambivalence in the relationship between the two generations well into old age.