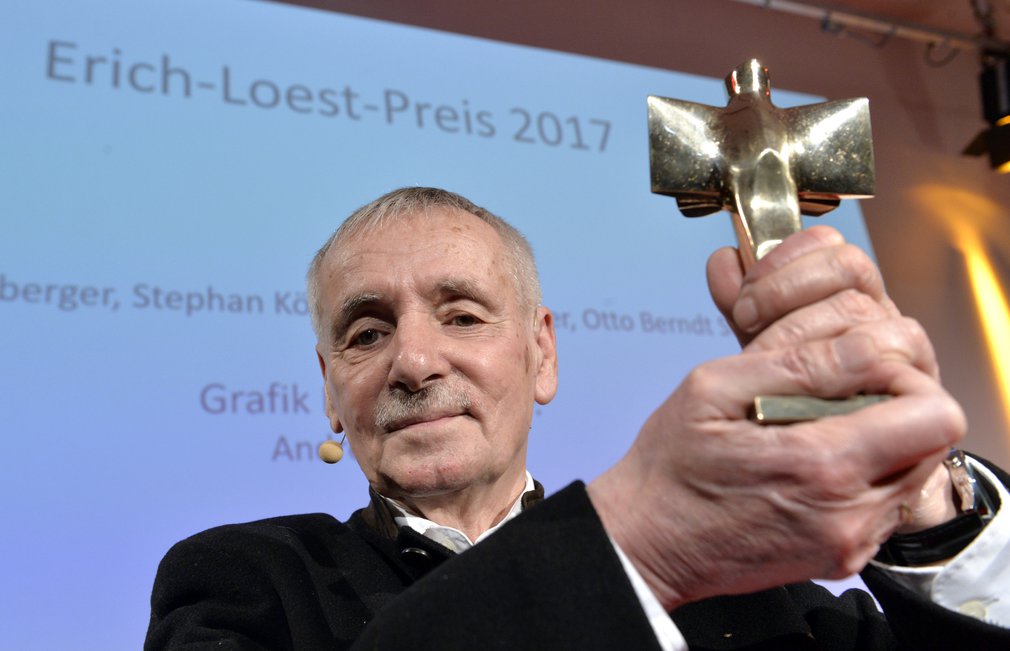 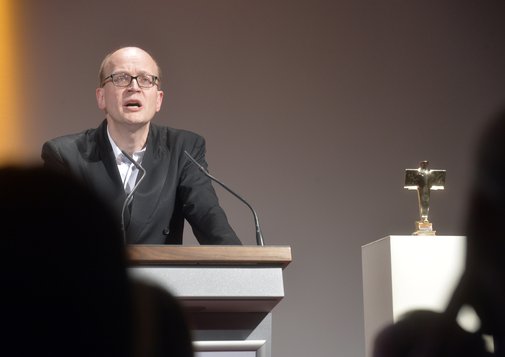 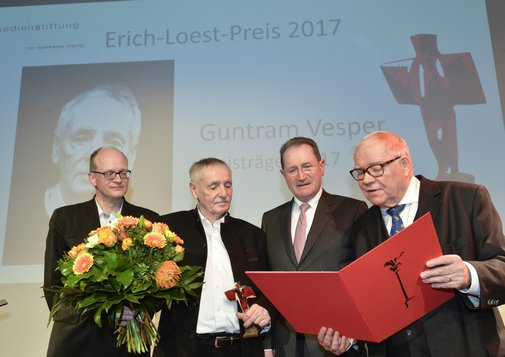 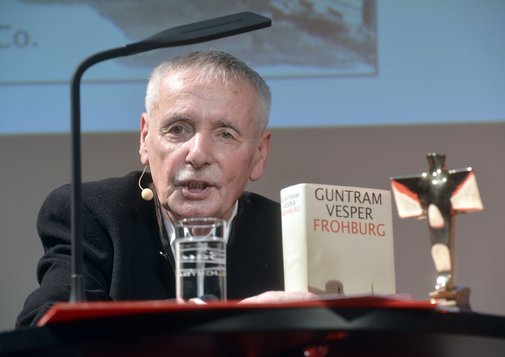 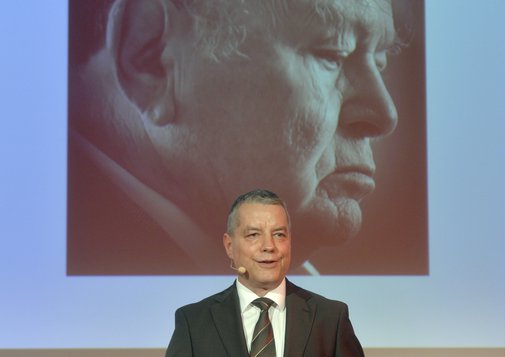 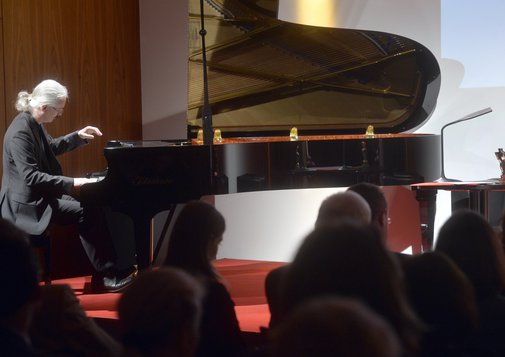 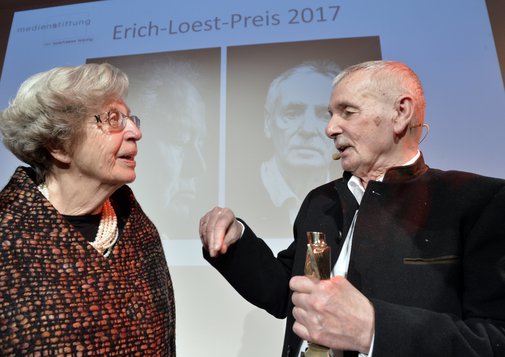 "The ambivalence of the chronicler"

Leipzig, 24 February, 2017. Today, German author Guntram Vesper was awarded the Erich Loest Prize of Media Foundation of Sparkasse Leipzig. The first awarding of the 10,000 euros award took place during a ceremony on the birthday of the eponym at Media Campus Villa Ida.

"Erich Loest and Guntram Vesper are the two important novelists of the period of German partition. Because their novels are characterised by the suffering of the partition and the happiness of overcoming it," said Andreas Platthaus, deputy head of arts section of Frankfurter Allgemeine Zeitung, in his eulogy on Guntram Vesper. The work of the laureate resembles the work of the eponym: "The promotion of what others would have preferred to remain in the underground, many writers see as their main task." Above all, Vesper's novel "Frohburg", published in 2016, dominated "the ambivalence of the chronicler of the home...without arising any doubts among readers in the fidelity of the author to the city."

Especially his novel "Frohburg" had contributed to the decision of the jury. In the jury's reason, read by its chairman Hartwig Hochstein, it says: "On his time travels spanning a thousand pages, Guntram Vesper connects the microcosm of his family to the great historic events, the small village of Frohburg to the sites of social and political change. Depicting the fate of individuals during the Nazi era or the GDR, he reveals the mendaciousness of dictatorial regimes - without exposing, without sugarcoating and without condemnation. A rich and densely woven human tapestry, and thus also a highly political one - totally in line with Erich Loest.”

"Thank you, dear Erich Loest - after twenty-nine years, and thank you also Mrs Rotta and the jury!", laureate Guntram Vesper, who also gave a reading from his novel at the end of the award ceremony, said. "I feel my years of work and myself accepted," Vesper continued.

Erich Loest, who passed away in September 2013, had a close association with the Sparkasse Foundations throughout his life - as a founding member of the Media Foundation and as a patron of the Culture and Environment Foundation, to which he left his literary estate. "Today, Erich Loest would have celebrated his 91st birthday ," recalls Stephan Seeger, Director Foundations of Sparkasse Leipzig: "For traditional reasons, the Foundation endeavors to hold the award ceremony on every 24 February. Loest was an enthusiastic 'birthday celebrant'. For decades he has invited his closest friends in a stylish setting - and always in a tuxedo. Unforgettable the celebration of his 85th Birthday in 2011 at Media Campus, where, among others, Fritz Pleitgen and the Leipzig football legend Dr Bernd Bauschpieß congratulated the 'birthday child '", Seeger continued.

About the laureate:
Guntram Vesper was born in 1941 in Frohburg, East Germany, and has lived in western Germany since 1957. His oeuvre is characterised by his early volumes of poems and, later on, especially by a variety of novels, as well as essays and radio plays. Guntram Vesper has received numerous awards for his work, such as the “Peter Huchel Prize” in 1985 and the honorary award of the “Deutsche Schillerstiftung” (German Schiller Foundation) in 2006. He received the “Leipzig Book Fair Prize” in 2016 for his novel Frohburg, which takes a closer look at his Saxon hometown in times of dictatorship.

About the award:
The award is endowed with 10,000 euros and is offered by the Sparkasse Leipzig Media Foundation in memory of the writer Erich Loest. The award honours authors who not only describe the social and political conditions in Germany, but whose opinions also help to shape the democratic discourse. Laureates should also have connections with the Central German area. The award will be given every two years.

Welcoming address of Dr Harald Langenfeld, Chairman of the Board of Media Foundation of Sparkasse Leipzig (in German)

Speech of Guntram Vesper (in German)