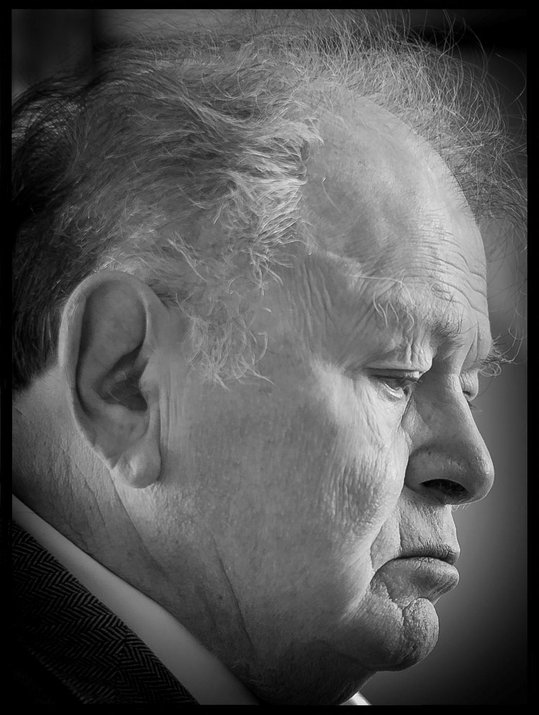 Leipzig, 17 February, 2016. Erich Loest would have turned 90 on 24 February, 2016. Media Foundation of Sparkasse Leipzig is taking this as an opportunity to announce the

Stephan Seeger, Managing Director of Media Foundation, explained: "With this decision, the Foundation Board and the Foundation Council honour a powerful writer, an intellectual interested in social policy, a constant admonisher, when the depths of German and East-West German history threatened to sink into oblivion, and an avowed citizen of Leipzig, who was always wholeheartedly interested in the fate of his city."

Burkhard Jung, Lord Mayor of the City of Leipzig and chairman of the Foundation Council commented: "Leipzig and Erich Loest, what a relationship! Like John Dos Passos and New York, James Joyce and Dublin. For Erich Loest, Leipzig was not just another subject to write about. Leipzig was 'his' subject. He made Leipzig a part of 20th century literature: 'Völkerschlachtdenkmal' (Monument to the Battle of the Nations), 'Nikolaikirche' (St. Nicholas Church), 'Reichsgericht' (Imperial Court of Justice), 'Löwenstadt' (City of Lions). Another of his book titles says it all: 'Leipzig ist unerschöpflich' (Leipzig is inexhaustible). The Erich Loest Prize set up by the Media Foundation of Sparkasse Leipzig public savings bank addresses this unique relationship between a writer and his city."

Linde Rotta: "His work was always a warning to remain alert and never again jeopardize our democratic freedom."

Linde Rotta, his unmarried partner, is delighted with the decision of the foundation committees: "... and, What you see, write in a book" (Revelation 1:11) - even though he did not practise the Christian faith, this quote perfectly describes the intellectual mission Erich Loest felt committed to as a writer. He had suffered under two dictatorships that had left their mark on him and made him a staunch advocate of democracy. "His work was always a warning to remain alert and never again jeopardize our democratic freedom." Lies, tactics, drivelling speeches were never his cup of tea, he absolutely detested literary mannerisms. His principle: Distinct words. Personal straightforwardness and a clear moral attitude will remain his unmistakable trademarks."

Dr Harald Langenfeld: "We sorely miss the voice of Erich Loest, now and today in particular."

Erich Loest was a founding member of the Media Foundation of Sparkasse Leipzig and a source of fresh impetus as a Foundation Council member for many years. We keep and protect his literary works at Villa Ida, the seat of the Sparkasse Leipzig Foundations. Dr Harald Langenfeld, chairman of Sparkasse Leipzig and the Media Foundation, explains the author's importance for the foundation: "We sorely miss the voice of Erich Loest, now and today in particular. I can easily imagine how he, who experienced and suffered from recent German history like almost none other, would have commented on the events that have been taking place almost every Monday for some time now on the streets of Dresden, Leipzig and other cities. Erich Loest was a companion, a sponsor, a patron and dear friend of many years to our foundations. It is both an honour and a duty for our Media Foundation to introduce a literature prize named after him on the occasion of Erich Loest's 90th birthday; a name that is associated with excellent character traits: Courage, a love of truth, intrepidity, humanity."

The City of Leipzig will honour its deceased honorary citizen by renaming its library in the district of Gohlis the Erich Loest Library at 11 a.m. on 24 February, 2016: Georg-Schumann-Straße 105, 04155 Leipzig.