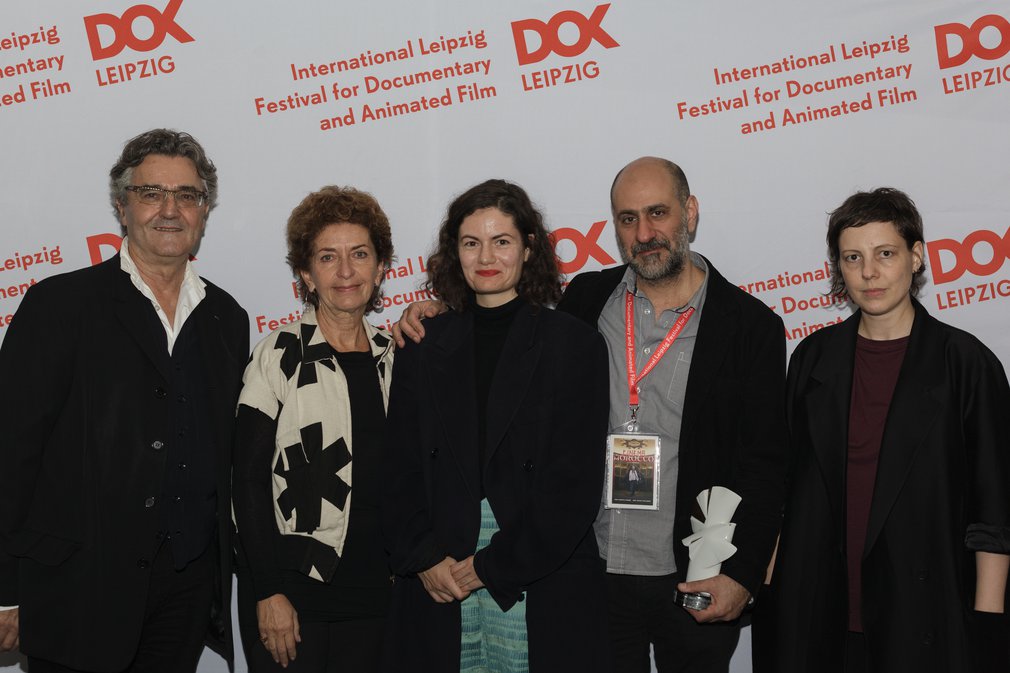 The power of the cinema

Leipzig, 3 November 2018. This year, Brazilian filmmaker Ricardo Calil wins the Golden Dove sponsored by the Sparkasse Leipzig Media Foundation, endowed with 10,000 euros, in the Next Masters competition of the 61st International Leipzig Festival for Documentary and Animated Film (DOK) for his film Cinema Morocco (Brazil, 2018). For the first time in 2018, a short animated and documentary film also receives an award in the Next Masters competition: Here the young Danish filmmaker Barbara Bohr prevailed with the film ESCAPAR, the Recurring Dream (Denmark, 2017). She can look forward to receiving the endowment of 5000 euros, which is also provided by the Sparkasse Leipzig Media Foundation. This year, the jury in the Next Masters competitions consisted of the Austrian documentary filmmaker Ruth Beckermann, Thierry Garrel, long-time head of documentary film at the German-French television station Arte, and the Romanian Berlinale 2018 winner Adina Pintilie.

Both Next Masters awards honor filmmakers who are still at the beginning of their careers. The prize money is intended as initial financing for the winners' further film projects. Stephan Seeger, Managing Director of the Media Foundation and Director of the Sparkasse Leipzig Foundations, warmly congratulates them: "We are delighted that the festival organizers have decided to award two Next Masters for the first time. Ricardo Calil's film tells us a lot about the power of the cinema - as a medium and as a real place as well. Barbara Bohr reports impressively on traumatizing experiences - and how they can still influence a person's life decades later."

Since 2004, the Sparkasse Leipzig Media Foundation has supported DOK Leipzig by sponsoring the awards for outstanding young films.

About Cinema Morocco: The film reflects the history of the once impressive cinema complex Cine Morocco in São Paulo. While in the 1950s it was still a glamorous venue for Brazil’s International Film Festival, it later deteriorated visibly. Since 2013, it has been occupied by homeless people; at times, some 2000 people from 17 nations lived in the ruins. Cine Morocco was eventually revived - with the screening of films from the first year of the festival and a theatre project involving the homeless. Ricardo Calil accompanies some of them - and tells us about depression, war trauma and post-colonial alienation.

About ESCAPAR, the Recurring Dream: The 28-minute film accompanies Martha who is tormented by recurring dreams: Time and again she meets her mother, a friend and a stranger. In real life, she is unable to leave behind a traumatic event: More than 20 years ago she was wrongly imprisoned for over 18 months. Her mother fought for her release by trying to bribe judges and guards with homemade cakes. Eventually Martha escaped.