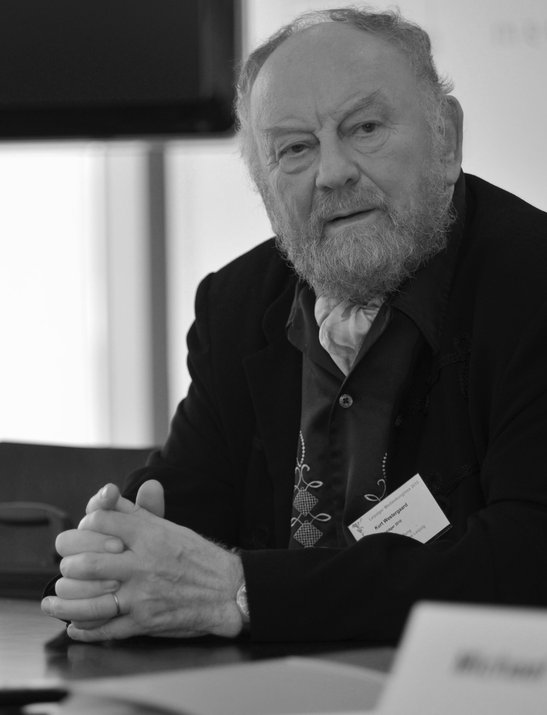 The freedom of the drawing pencil

On the death of Kurt Westergaard, laureate of the Prize for the Freedom and Future of the Media 2010

Media Foundation of Sparkasse Leipzig mourns the death of the Danish illustrator Kurt Westergaard, who received the Foundation's "Prize for the Freedom and Future of the Media" in 2010. "Despite numerous hostilities up to and including assassination attempts, Kurt Westergaard insisted on the 'freedom of the drawing pencil'," said Stephan Seeger, Director Foundations of Sparkasse Leipzig: "We were able to get to know him as a committed, unwaveringly brave advocate of freedom of expression, who also ventured into tensions such as that between state and religion. He was exposed to murderous intolerance - he didn't let it deter himself. Our deepest sympathy goes out to his family,” Seeger continued.

Kurt Westergaard, born in Dostrup (Denmark) in 1935, died in Copenhagen on 14 July, 2021. Westergaard had worked as a teacher until he was 50. He then worked as a cartoonist for several decades, notably for the Danish newspaper Jyllands-Posten. In 2005, the newspaper published a total of twelve caricatures of the Prophet Muhammed, including one by Kurt Westergaard. Months later, protests against the newspaper and Denmark broke out worldwide, especially in predominantly Muslim countries. Lively discussions about the limits of freedom of expression erupted in western democracies. Westergaard was the only artist to publicly defend his right to freedom of expression, which is why he was exposed to particularly harsh hostilities, including calls for murder and attempted murder.